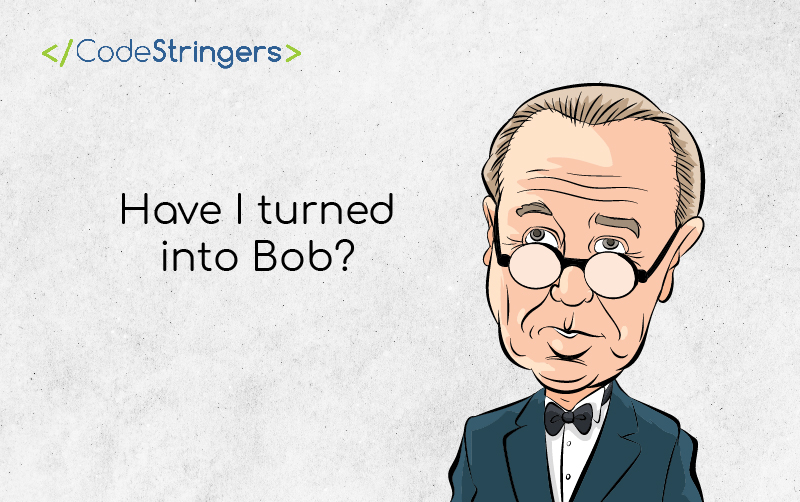 Have I turned into Bob?

In my first job out of college, I was a cost accountant at a chemical plant. Part of my job was to lead cost savings brainstorming meetings with the workers. In the back of every meeting, chewing on a toothpick, was a grizzled old Vietnam veteran named Bob. Bob was universally respected because he had the most seniority of anyone in the plant. But Bob wasn’t too happy about being in a meeting led by a 22-year-old kid. Whenever I, or anyone else, would make a suggestion, Bob would inevitably say “we tried that before… didn’t work.” I don’t know if Bob was right or wrong about the usefulness of others’ ideas, but I do know that the company eventually failed because they weren’t cost competitive.

Later in my career, I was a Vice President of Digital at Columbia Records (quite a shift from my first job, I know). In this job, I had the pleasure of having several recent college graduates work for me in a digital marketing role. Inevitably, each one would come to me with a marketing plan involving some sort of fan contest involving social networks, i.e., “Post about Artist X on your Snapchat and you could win front row seats to the next Artist X show.” Subsequently, I would explain to the young marketing professional that contests: a) require a lot of legal paperwork, b) don’t result in increased sales, and c) require you to deal with the contest winners who are almost always more trouble than you can imagine.

Sometimes, as I watched my new employees walk away dejected, I would think to myself, “Have I turned into Bob?”

As I reflect on these stories, I realize that Bob represents two things. On the positive side, he represents institutional knowledge and experience, which is essential to maintaining a competitive advantage and ultimately, a successful business. If a business makes the same mistakes over and over again, they won’t be in business for long. However, Bob also represents stasis and inflexibility. Businesses must evolve as the world evolves around them or they will inevitably be defeated by competitors who innovate.

How can we, as business leaders, tow the line between experience and innovation?

The rule that I have come to use is the rule of “Have we tried this before, did it work, and, if not, what’s different this time?” When evaluating any business decision, I look to see whether we, or anyone else, has tried to do whatever tactical or strategic action we’re proposing. Then I look to see what has changed since then – technology, consumer tastes, cultural shifts, competitive landscape, business climate, personnel involved, etc.  If the change is sufficient to possibly result in a different outcome, then give it a try, otherwise, rely on your experience.

So using my music industry contest example, the decision was, “should we do a promotional contest for teenage fans of a pop singer?” Past experience has shown that such promotions have failed every time they have been tried. Furthermore, there have been no significant changes in technology, consumer attitudes, etc. since the last attempt. Therefore, the decision should be to reject the idea.

On the flip side, sometimes there ARE significant changes since the last time something was tried. For example, CodeStringers is currently expending vast amounts of time and resources building a product that would displace existing Learning Management Systems used by middle and high schools. Obviously, we’re doing things very differently, but we are not ready to divulge the details other than to say this system will not only help teachers be more efficient in planning and managing their courses, but also improve student academic achievement. Naysayers across the industry have told us that we are crazy because there have been multiple failed attempts by other companies in the past who have tried this very endeavor. However, what they fail to realize is that much has changed since then. Technologically, the use of mobile devices has vastly changed behavior in high-school and college students. Furthermore, COVID has vastly changed the way that teachers communicate with students. And there have been no changes in existing products since this change has taken place. So maybe it’s time for some innovation!

In summary, if I can offer any advice, it would be to take a look at the changes in technology, culture, and consumer behavior since you last evaluated your business practices. Then consider how those changes might affect your business. If they won’t affect your business, then you’re probably okay continuing to do what you’ve always done, but if not, perhaps it’s time to try something new.