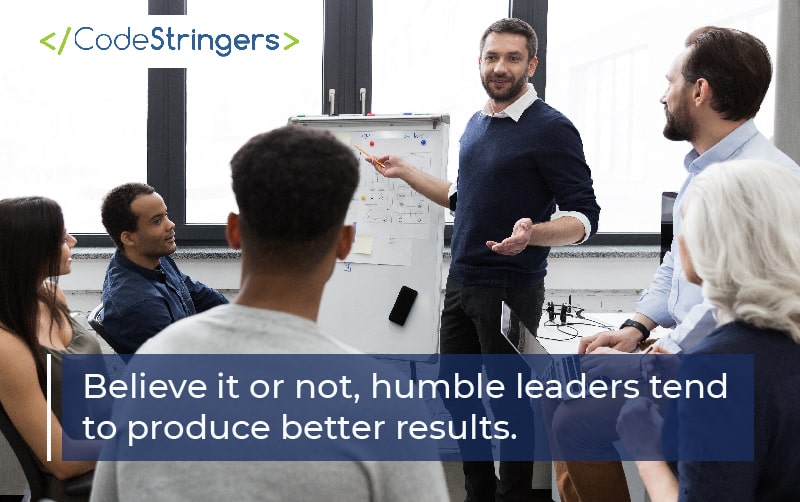 Great leaders are charismatic. They hold strong opinions. They take strong stands. Through force of personality alone, they tend to own the rooms they inhabit. Like Jeff Bezos. Or Mark Cuban. Or Elon Musk, who once said, “I say something, and then it usually happens. Maybe not on schedule, but it usually happens.”

In short, great leaders are extremely confident — and that confidence produces results.

According to a 2012 study published in Academy of Management Journal, humble leaders are not only more likable, but they also tend to be more effective. But what is a “humble” leader?

According to the researchers:

We uncover that leader humility involves leaders modeling to followers how to grow and produces positive organizational outcomes by leading followers to believe that their own developmental journeys and feelings of uncertainty are legitimate in the workplace.

… the emergent humility in leadership model informs a broad range of leadership issues, including organizational development and change, the evolution of leader-follower relationships, new pathways for engaging followers, and integrating top-down and bottom-up organizing.

Or in non-researcher-speak, humble leaders are relatable, approachable, empathetic, and — especially if you’re a fan of servant leadership — more helpful.

For example, a 2011 study found that humble people were more than twice as likely to give more of their time to those in need than those who were not. (Since even cocky people like to think they’re humble, those who self-reported as “not humble” must have been really full of themselves.)

(And before you ask, I tested low on humility on Ray Dalio’s Principles You personality assessment. But I came out high on practicality, composure, and flexibility, so I got that going for me, which is nice.)

Long digression aside, leaders who help employees in need — who need additional training, or mentoring, or help making connections, or simply a second chance — tend to produce better outcomes because they help average employees to become better employees, and good employees to become great employees.

In short, they see the need, and therefore take the time, to develop the people they work with.

Because they realize that no one ever does anything worthwhile on their own.

And then there’s this. A 2011 study published in Personality and Individual Differences found that humility was a “unique predictor” of job performance. Humble people don’t just make better bosses. They also make better employees.

Which means they’re more likely to be accepted as leaders by their teams. A 2020 study published in the Journal of Business and Psychology found that virtual teams want their leaders to be “doers”–people great at planning. Prioritizing. Staying on task. Helping others stay on task.

People who want to get things done, and know they can’t do it alone.

In short, a humble leader.

Which may or may not be you. (Evidently it’s not me, according to at least one personality assessment.)

But it should be the people you hire to supervise and manage your employees. 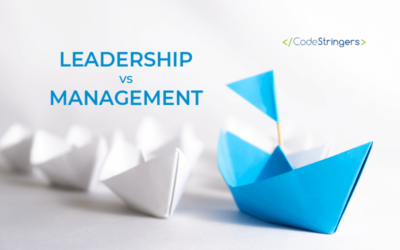 People frequently use the terms “leadership” and “management” interchangeably. In many situations, they are sufficiently similar to justify using them as synonyms. Both involve overseeing the performance of others, and both require similar skills. However, there is...

Fixed Bid vs Cost-Plus Contracts. Which Should I Use?